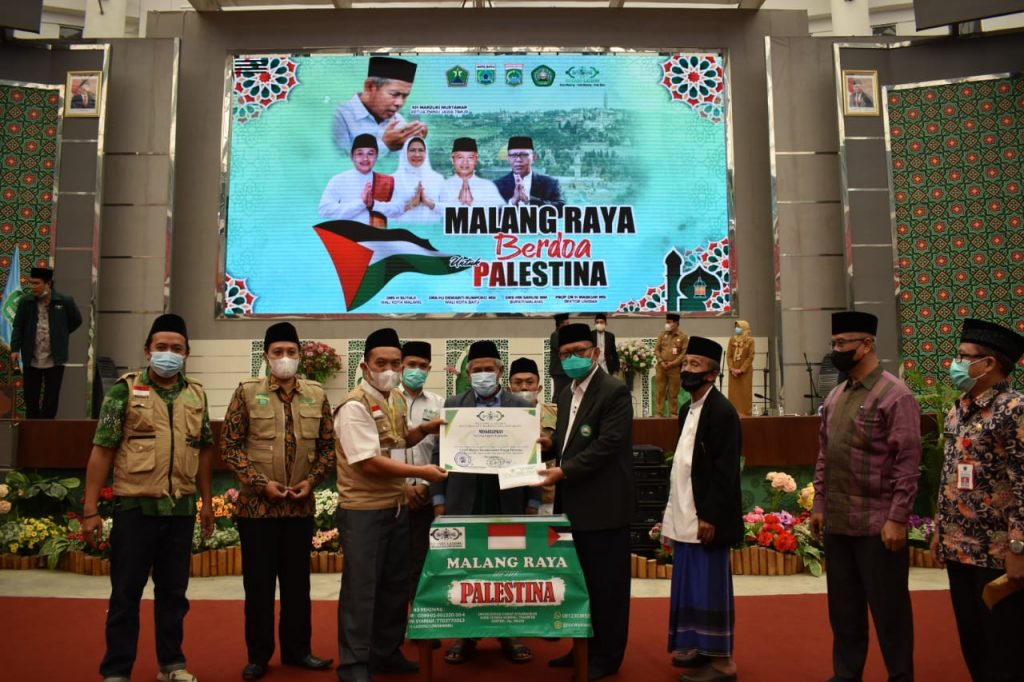 NU Care Area Management-Amil Zakat, Infaq and Shadaqah of Nahdlatul Ulama (LAZISNU) Regional Managers and NU Branch Managers throughout  Malang held a joint prayer for Palestine at the Unisma’s Al-As’ary Round building on Tuesday (15/06/2021 ). The event was also held to raise donations for Palestine.

Unisma’s rector, Prof. Dr. H. Maskuri, M.Si, said that there was a need for generosity for the people as a response to what was happening in Palestine. Moreover, Palestine has an emotional affinity with Indonesia, as a world community that had Indonesia’s independence for the first time.

Hence,  he supports the agenda of Malang city Pray for Palestine and fundraising. This step is Unisma’s commitment to Nahdliyin, especially in helping others.

“God willing, with an attitude of generosity, we are close to God and humans, and we are kept away from the fire of hell,” said Prof. Maskuri.

He added that Unisma’s support for Palestinians is not only by raising donations and praying together but also by education. Unisma, continued Prof. Maskuri, collaborated with two universities in Palestine for online learning and scholarships.

“There are two universities in Palestine that collaborated for webinars and signed MoUs with us,” he said.

Meanwhile, Malang Mayor Sutiaji revealed that Palestine is part of the Muslim community and the world community. Nahdlatul Ulama demonstrates  real action to help Palestine without going down the road and disturbing traffic